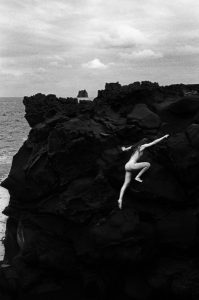 Born in 1949 in Toulouse to parents who emigrated from Italy, Claude Nori discovered photography during the May ’68 events at a time when he thought he would become a director.

In 1974, he left Toulouse for Paris and there established Contrejour: a newspaper, an editing house, and a gallery in Montparnasse. It quickly became the spot for meetings and promotion of new forms of photography. Contrejour has been publishing artist’s books by photographers such as: Guy le Querrec, Bernard Plossu, Sebastiao Salgado, Pierre and Gilles, Edouard Boubat, Robert Doisneau, and Willy Ronis.

In 1984, in collaboration with Gabriel Bauret and Lorenzo Merlo, he founded the magazine Camera International. He is a Mediterranean photographer, par excellence. He’s given us many books, among them Vacances a l’Italienne (“Italian Holidays”) and Stromboli.